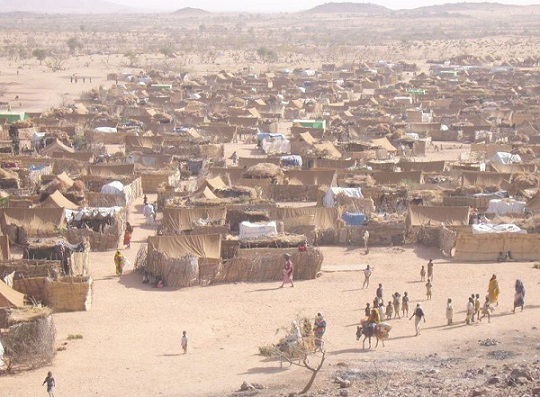 South Sudanese children in refugee camps in Sudan were facing “a terrible situation” by being pressured to become Muslim. There are nearly 2 million refugees fleeing South Sudan’s ongoing civil war. The bishops of the country say the killing, torture, and rape of civilians being committed by both the government and rebel forces are war crimes.

Children from South Sudan in refugee camps in neighboring Sudan are facing a difficult choice – either they start reciting the verses from the Quran, the Muslim holy book, or they die of hunger.

According to Aid to the Church in Need (ACN), the children are being forced to pray Muslim prayers as a prerequisite for getting food rations.

An ACN worker, who asked not to be named, said South Sudanese children in refugee camps in Sudan were facing “a terrible situation.”

“We have heard stories where children are conditioned to say Islamic prayers before [being] given food. This is not right. These children are Christian. They should be respected as such,” said the worker.

Conflict in South Sudan began around its founding in 2011, when the country – predominantly Christian – gained independence from Muslim-majority Sudan. Despite high hopes for the nation at its birth, political corruption and ethnic divisions overwhelmed the underdeveloped nation, causing famine and violence.

For the past three-and-a-half years, a civil war has been raging between those loyal to President Salva Kiir and those loyal to former vice president Riek Machar.

The violence has pushed refugees into neighboring countries, including Sudan.

The ACN worker also said the government of Sudan was barring aid agencies from providing much needed assistance to South Sudanese refugees in Sudan, who are estimated to number over 400,000 people.

But the government’s capacity to provide nourishment is limited, with monthly rations for families lasting just about two weeks.

According to the UN’s Food and Agriculture Organization, about a third of South Sudanese people are now food insecure, with statistics indicating that food security has deteriorated in the world’s newest country since the conflict brook out in 2013.

The UN body estimates that at least 2.4 million people are facing emergency levels of food insecurity.

Hunger and conflict have chased at least 1.9 million people from the country since the beginning of the civil war, with Uganda alone hosting at least one million South Sudanese refugees.

Even in Uganda’s camps, the refugees still live in extremely difficult conditions. After visiting refugee camps in Uganda, Noah Gottschalk of Oxfam America described what he saw as “a story of tremendous heartbreak.”

Speaking to NPR, he said there was a “tremendous disappointment of people who had, in many cases, been displaced for many years during the country’s long civil war, who had returned home to South Sudan only to find a few years later that they were being displaced again. That feeling of being uprooted when they had expected to be settled once and for all back home was really palpable and really so tragic and heartbreaking to see.”

The Origins of a Crisis

After decades of war in what was then a unified Sudan, a Comprehensive Peace Agreement brokered by the Pan-African Community, together with other relevant international actors, saw South Sudan get its independence from the rest of Sudan on July 9, 2011.

The 2013 South Sudanese civil war erupted after President Salva  Kiir – an ethnic Dinka, the country’s largest ethnic group – sacked his deputy Riek Machar, who is from the second largest community, the Nuer.

The crisis has left tens of thousands of people dead, driven nearly 4 million people from their homes, and left nearly 45 percent of the country’s population – some 5.5 million – in dire need of food aid.

The festering conflict has pushed the bishops of South Sudan to issue a pastoral letter, lamenting their incapacity to influence the leaders of the two sides.

“Our country is not at peace. People live in fear. The civil war, which we have frequently described as having no moral justification whatsoever, continues,” the statement said.

“Despite our calls to all parties, factions and individuals to STOP THE WAR, nevertheless killing, raping, looting, displacement, attacks on churches and destruction of property continue all over the country. In some towns there is calm, but the absence of gunfire does not mean peace has come. In other towns, civilians are effectively trapped inside the town due to insecurity on the surrounding roads,” the bishops continued.

They accuse both the government and opposition of attacking civilians, and warned about the ethnic dimension the conflict has taken.

They said many people don’t have a place where they can go to avoid the violence.

“Even when they have fled to our churches or to UN camps for protection, they are still harassed by security forces. Many have been forced to flee to neighboring countries for protection,” they wrote.

Noting that the amount of hatred in South Sudan was rising, the bishops said the killing, torture, and rape of civilians was a “war crime.”

“People have been herded into their houses which were then set on fire to burn the occupants. Bodies have been dumped in sewage-filled septic tanks. There is a general lack of respect for human life,” the bishops said.

“Through the Action Plan for Peace (APP) of our South Sudan Council of Churches (SSCC), we intend to meet face to face not only with the President but with the vice presidents, ministers, members of parliament, opposition leaders and politicians, military officers from all sides, and anyone else who we believe has the power to change our country for the better. We intend to meet with them not once, but again and again, for as long as is necessary, with the message that we need to see action, not just dialogue for the sake of dialogue,” the statement said.

Earlier in the year, the Vatican had to officially rule out a proposed October visit by Pope Francis to the war-torn country, citing security concerns.

In June, the Vatican announced an initiative called “The Pope for South Sudan,” which involves the deployment of considerable Vatican funds to the country – $500,000 – to be used in the fields of education, health care, and agriculture.