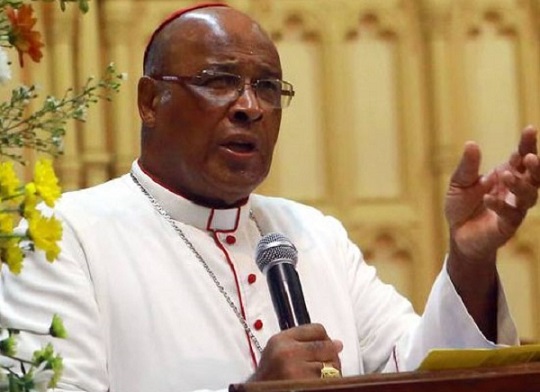 Cardinal Wilfrid Napier has accused the BBC of trying to undermine Christian moral values through “propaganda” that tells people “evil is good”.

In a series of tweets, the cardinal said: “Hardly a day passes without [the BBC] promoting abortion, homosexuality, etc. Usual tactic is to identify a particular country, then isolate it as abnormal for outlawing xy or z.”

When told that, as a South African, he at least did not have to fund it through the licence fee, Cardinal Napier responded: “But I do have to pay! Each time the propaganda is repeated I know more people are corrupted, myself included, by being told “evil is good!”

Cardinal Napier did not give any specific examples, but his tweets came as the BBC reported Chilean constitutional court’s approval of the abortion bill with a picture of a joyous woman celebrating the decision.

The BBC declined to comment on Cardinal Napier’s accusation.