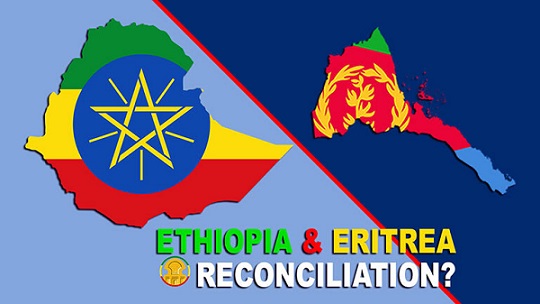 After a peace accord signed this month ended 20 years of conflict between Eritrea and Ethiopia, an Eritrean Catholic priest said the country needs to focus on opportunities for youth, to stem the flow of emigration.

“Peace is the base. Now we need to start to build a better future for our youth,” said Fr. Mussie Zerai, a 2015 Nobel Peace Prize nominee and founder and president of Habeshia, an organization which helps immigrants and refugees in Italy.

A peace agreement was signed in July by Eritrean president Isaias Afwerki and Ethiopian prime minister Abiy Ahmed, formally ending a lengthy war between the two countries, which are located in the Horn of Africa.

Eritrea and Ethiopia fought a border war from 1998 to 2000, and intermittent border clashes have continued since then. The July 8-9 summit formally ended the border conflict, restored diplomatic relations, and opened the nations’ mutual border.

The priest told EWTN that the peace agreement has fulfilled 20 years of dreams and given people hope for the future, but should be followed by guaranteeing freedom, education, healthcare, and jobs, to “reduce the exodus of young people.”

Eritrea is a one-party state whose human rights record has frequently been deplored. Isaias has been president of the country since it formally gained independence in 1993.

Zerai, who was involved in the peace-building efforts, said he and others had been trying to promote dialogue as the solution for the two countries.

Religion, as well, had a role, he noted, since the prime minister of Ethiopia “invited all religious leaders” to become involved in preparing “the people for reconciliation and for tolerance and for good relations between neighboring countries” following the accord.

Religious freedom has long been a concern in Eritrea, which was highlighted in the U.S. State Department’s annual report on the state of international religious freedom, released May 29.

The report documented the arrest of hundreds of independent Protestant Christians in Eritrea, where the government reportedly coerced numerous individuals into renouncing their faith.

Catholics make up about 5 percent of the country’s population and Oriental Orthodox nearly 40 percent. The Eritrean Catholic Church uses the Alexandrian rite.

Zerai said the Catholic Church in Eritrea is very active in all aspects of society, including evangelization, charity, education, and healthcare, but faces government discrimination.

Authorities recently shut down eight free Catholic-run medical clinics, he explained, which prevented the Church from serving the poor people in those areas. Authorities said the clinics were unnecessary, because of the presence of state clinics, he said.

“Our hope is that with peace maybe the internal policy will change,” Zerai said, decrying the lack of rule of law over the last two decades.

“Now with peace I hope the country, the government, will start to build this important infrastructure and structure for the country.”