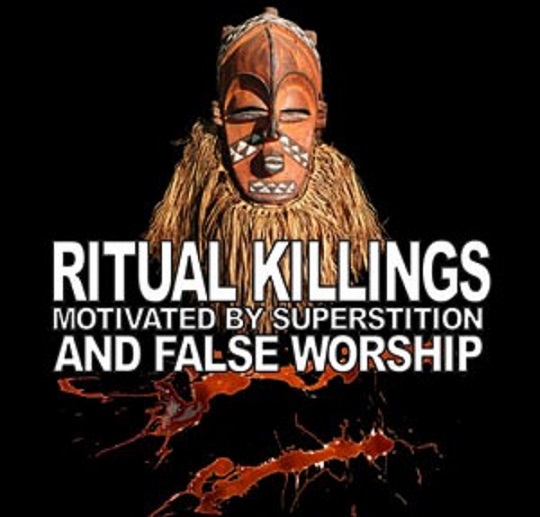 Senegal’s top Catholic cleric has condemned a series of ritualistic killings in the West African country.

This year has seen a sharp rise in child killings in Senegal – a phenomenon blamed on politicians looking for wealth and power approaching witchdoctors to perform black magic rituals.

Local media have counted at least six cases in Dakar, the capital, this year. The corpses of the victims are usually found days after they disappear-mutilated, certain parts like the genitals, the heart and the kidneys taken away.

Dakar Archbishop Benjamin Ndiaye said that “no amount of political ambition, or the taste for riches, or any other motive justifies the taking away of innocent lives or any threat to their dignity.”

He was speaking to over 20,000 young people at the 33rd edition of diocesan World Youth Day.

The archbishop referred to the Prophet Jeremiah’s warning – “do not shed innocent blood” – noting that that warning made in Old Testament times is still relevant today in view of what is happening with children in Senegal.

“When I think about the abduction of children, at ritual killings, I have the impression that these prophetic words are addressed directly to us today,” Ndiaye said.

“No one has the right to take another’s life,” the archbishop said. “If you can’t give life, why should you have the power to take it?”

Over 90 percent of Senegal’s population professes to be Muslim, while only 5 percent are Christian, with the majority of Christians being Catholic. Despite this fact, many still practice animist rituals and almost all cities and villages have resident witch doctors.

In March, a 14-year-old girl from Khombole College, east of Dakar, was taken by unknown assailants, but the girl was too old for whoever hired the kidnappers.

“Fortunately for me, I did not meet the criteria,” the girl told Radio Futurs Médias. “The man wanted children aged between 2-4 years.”

But two-year-old Fallou Diop wasn’t so lucky. His body was found on March 22 on a farm near his parents’ home in Rufisque – less than 20 miles east of Dakar.

“He was playing with his twin sister when unknown people took him away,” the child’s mother told the newspaper Le Monde.

The killings have created a climate of fear in Senegal and the government has promised to take action.

President Macky Sall has promised to track down and bring the perpetrators to justice, saying he learned about the killings and abductions “with much pain.”

“Senegal will do more than in the past to halt these terrible acts,” he told Radio Futurs Médias.

Senegal’s Director of Public Security and Senior Superintendent of Police Abdoulaye Diop said he had set up a taskforce to fight the practice.

“The general feeling of insecurity will be dissipated,” he told Le Monde. “That is why we have taken strong measures to reinforce national security.”

The phenomenon is not specific to Senegal alone. Ritual killings have been reported in several other African countries, including Uganda, Liberia, Ivory Coast, Cameroon and South Africa.

Those who practice human sacrifice and ritual killings believe them to be acts of spiritual fortification.

Witch doctors use human body parts for supposed medicinal purposes and for black magic rituals which aim to bring prosperity and protection.

Many of the killings usually go unreported and uninvestigated, often because they involve those at the highest levels of power, both in government and business.

On Saturday, March 24, about 500,000 people gathered in Dakar to protest against ritual killings, many of them dressed in black in a symbol of mourning.

They brandished slogans such as “Dafadoy” meaning “it’s enough!”

“It’s a cry from the heart to call on parents and the government to take their responsibilities and protect our children,” said Anta Pierre Loum, one of the organizers of the march.

“I am only a mother who has stood up to protest. The death of little Fallou was one more death too many. Senegal has never known a similar wave of assaults on children. The other day, my son woke up with a start – he just had a nightmare and was crying: ‘Don’t take me away!’ This has to stop.”

With one year remaining until Senegal’s next presidential election, many observers are suggesting that the spike in killings is due to candidates seeking help from witch doctors.